It’s Not My Back It’s My Leg That Hurts!

Home/Posts/It’s Not My Back It’s My Leg That Hurts! 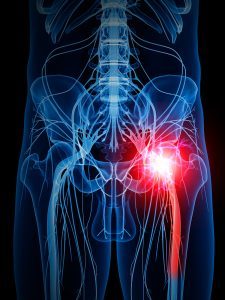 Why is Back pain so Frustratingly difficult to treat and upsetting and perplexing for people who have it?

As a physiotherapist of 30 years and when I started working one of my first jobs was to work with people suffering from Back pain.

Most of these people worked at the Holden factory at Elizabeth in South Australia.

After working for about 6 months I began to see a pattern with these people.

These men would come in with back pain and be treated in the traditional and accepted way for back pain. The treatment was always Where their pain was ( their Back ) They would get relief after about 6-10 treatments and they would go back to work. Then after a few months they would return with the Same back pain.

Except on each episode they would usually be Worse. They not only had back pain now but the pain had started to go into their buttock or leg and sometimes it was so bad that it went all the way down their leg into the foot.

The same treatments were still done as before. Some strengthening exercises for the Core muscles and some ergonomic advice about what they should and shouldn’t do.

When the pain continued and everything had been done for them including sending them to a Psychologist and putting them on ‘light duties’ at their work they were considered to be rehabilitated.

Yet their pain back pain continued. They were then either given a pay out or they just put up with the pain and continued to work with the back pain till they just couldn’t do their job any longer.

Most of these (usually men) were headed for the scrap heap.

One day a man came into the clinic almost doubled up with back pain. He was a meat worker and had grabbed a  carcass as it was falling from a hook.  He couldn’t straighten up.

It was me who happened to see him  on that day  and I treated him in a totally different way to what I had been treating.

After that treatment he was able to get up off the bed and walk straight and he had much reduced pain. He couldn’t believe it and neither could I.

Because with a presentation like he had I knew he had damaged his low lumbar disc. and these presentations can take up to 3 months with continual rehabilitation and physiotherapy to even begin to heal.

If you want to find out what Posturepro does that is different.

About the Author: Julie Williams